I love a good pregnancy/delivery story, don’t you?  We women like to huddle around like hens sharing tidbits of how horrible this was about so-and-so’s pregnancy, or how amazing that part of the delivery was.

We share all about what we ate, how we slept (or didn’t sleep), what happened when we went into labor–basically all the crazy things we go through when making small people.

So many people around me are prego, which just got me thinking about that one time when I was pregnant for the fourth time, and made it all the way to week 42.

I mean, come on.  Isn’t the baby just supposed to fall out by the fourth time around anyway? That labor thing is an old hat. Shouldn’t Body just deliver Baby all by itself?

My feet were swollen, my belly was Ginormous (the capital ‘G’ type), my ligaments hurt. Like, all of them. And all at once.

I’d even reached that amazing state in pregnancy when your belly is too big and too low for even your largest maternity tops. So it just hangs out. So very, very attractive.

And of course I had been completely on edge for weeks, constantly analyzing and re-analyzing every single signal (say that 10x fast) my body sent.

Man, my tummy is tight, wait, was that a contraction?
Did my water just break?…oh…nope.
My back hurts, I think it’s back labor!

And on and on until the glorious day we scheduled the eviction. The notice was served, and summarily dismissed by said fetus, who was apparently in dispose. Literally. (think that word that starts with M- and ends with -erconium. Yeah, that kind of “in dispose”).

Since he decided to be stubborn right up to the end, I got to endure hours of pitocin-induced contractions, followed by a failed epidural (not the first time that’s happened to me), leading to an entire evening strapped half-numb to a delivery bed (WHY is there a metal BAR in the middle of my back?!?), wishing I’d just stayed home and let him come on his own.

As I laid there on my side with those ridiculous fetal monitors slipping every 10 seconds, trying to sleep through contractions (HA!), I thought maybe if I just give him a little squeeze in the form of a tiny push, then maybe he’ll get the idea. Maybe?

And he got the idea alright.  He got the idea so well that he decided to head butt me and kick me at the same time, which broke my water and sent me (and the nurse and hubby) into full on holy-crap-baby’s-coming-get-the-doctor-here-NOW! mode. Oh, so NOW you decide to just fall out? Thanks, Baby!

A few pushes later and I was holding a 10 lb. 5 oz bundle of baby joy. And he was so cute and so squishy and so BIG!

And he may be the last baby but this isn’t my last birthing story. I kind of went out of order, but this one was most fresh in my memory.

Yeah, did I ever tell you about that one time when I gave birth to an alien (aka Mr. A)? Remind me and I’ll tell you that one some time, ok? 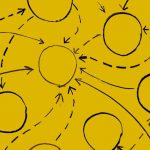 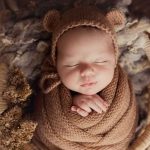 We’ve put together a list of 99 unique and unusual middle names for Fiadh – perfect if you’re looking for something a little different! There are all sorts of reasons to choose an unusual or unique middle name. Maybe you want to honor a family member with a name that’s not quite as common. Perhaps…

We’re getting ready to head off on our 10 year anniversary trip in a few weeks (I know, you can hate me all you want, but we’re still going. I NEED to go!) so I thought it was high time I got my notes together for my loving, caring (insane) mom (aka Nana) in order…

Please go to Sleep: 7 Tips for Getting your Baby to Sleep Through the Night

If there is one thing I’ve learned from having four babies five and under, it’s that I cannot operate rationally without a certain amount of sleep.  This means I HAVE to get my babies sleeping through the night as soon as possible if I have any hope of holding on to at least a shred of sanity….